Dividing Property in a Florida Divorce 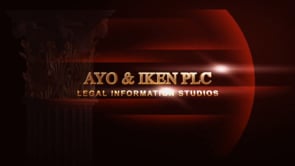 Those who are going through a divorce, or are about to go through a divorce in the state of Florida, probably have many questions regarding the division of assets and liabilities. Like most things related to divorce, it may be possible for the parties involved to come to a mutually-acceptable agreement regarding how assets and liabilities will be divided. If no such agreement can be reached, however, a judge will step in to divide assets and liabilities. When this occurs, one party or both parties may end up dissatisfied with the outcome; while it is generally presumed assets and liabilities will be split more or less equally, this is not always the case. Flexibility is the hallmark of equitable distribution, but this very flexibility makes it difficult to predict the outcome of divorce asset division. The Florida divorce court will classify which property and debts are considered marital and which are not.

There are currently only nine states left in the United States which operate under community property laws, and Florida is not one of these. (Alaska is an “opt-in” state which allows both parties to determine whether their property will be community property). In a community property state, each spouse equally owns all income and assets earned or acquired during the couple’s marriage. Even if only one spouse was employed during the marriage, the money will still be equally split.

That same equal ownership applies to debts as well, meaning both spouses are equally liable for debts, including credit card balances, mortgages and car loans. In short, in a community property state, the judge must only apply the stated community property rules when dividing the assets of a divorcing couple—in other words, all joint assets are split cleanly down the middle, making for a quick division of marital assets. There is no attempt to divide assets “fairly” in a community property divorce, therefore employment prospects, length of marriage, age or health are not considered factors in asset distribution.

Florida operates under the laws of “equitable distribution,” which essentially means property acquired during the marriage belongs to the spouse who earned it, and during a divorce all assets and liabilities are to be divided between the spouses in a fair and equitable manner. There are no specific, set rules regarding who will receive what or how much they will receive, rather a variety of factors will be considered. Once the court looks at the relative earning contributions of each spouse, factoring in the value of a spouse who stayed home to raise children, as well as the earning potential of each, the final determination could be that one spouse is awarded anywhere between one-third and two-thirds of the marital assets, although this is a guideline only. In order to make a determination regarding an equitable division of assets and liabilities, the court will first need to determine which assets are considered “marital” assets and which are considered “non-marital.” The classification of marital or non-marital assets may appear pretty straightforward—any assets brought into the marriage are non-marital assets while those acquired during the marriage are marital assets. Unfortunately, it is rarely this simple. There are a number of exceptions to the process which can render it much less clear-cut. Primarily, any time marital and non-marital assets have been commingled, the court may find it more challenging to “untangle” a couple’s assets. 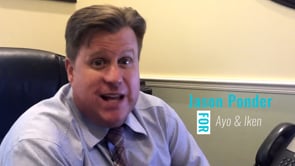 This means when non-marital property has been titled jointly, it becomes marital property. Practically speaking, if one spouse owned twenty acres of Florida beachfront property prior to the marriage, then titled those twenty acres jointly following the marriage, the property is no longer considered a non-marital asset. Many spouses have been shocked to realize this fact during a divorce, assuming because they brought something into the marriage it will remain theirs, regardless of how it is titled. In the same vein, if one spouse came into the marriage with a hefty bank account, then added his or her spouse’s name to the account, the money in the bank account has been transformed into a marital asset.

Or perhaps the spouse’s name was never added to the bank account, but the money was spent to buy a marital home titled in both spouse’s names. The house will now be considered a marital asset to be divided fairly equally. No matter how passionately the spouse who brought the assets into the marriage feels the asset in question should be returned to him or her in its entirety, the courts may feel otherwise. In general, the courts consider the following when determining which assets are marital and which are non-marital.

Therefore, absent a legal agreement which states otherwise, marital property in the state of Florida will include all debts and assets acquired by either spouse during the marriage, regardless of how the debt or asset is titled. Even if a spouse—unbeknownst to the other—opens a charge card and goes crazy racking up debt on the card, that debt will be considered a marital liability. The exception to this might be if the court found the spouse wasted marital assets through reckless spending. This fact also comes as a shock to many divorcing spouses who are suddenly presented with the fact they are now responsible for half of the debts accumulated by their husband or wife, even when they had no knowledge of those debts.

Assessing the Value of Marital Assets 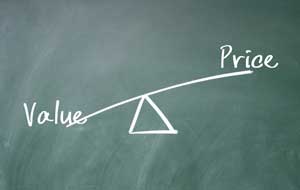 After it has been determined which assets are marital and which are non-marital, a monetary value will be assigned to each item. In some cases, a professional appraiser may need to be hired in order to put a fair value on the asset. Retirement accounts and some other financial assets can be extremely difficult to accurately evaluate and may require a CPA or an actuary in order to reach a fair assessment. Both spouses are advised to consider the tax implications of acquiring a particular asset in a divorce settlement. In some cases, after a cost-benefit analysis is performed, it may be determined a specific asset is not worth fighting for.

There are a number of factors the court will consider when dividing assets and liabilities during a divorce, such as:

The ability of each spouse to support themselves following a divorce will be considered by the judge when determining how assets and liabilities will be divided; a spouse who has missed career opportunities to be a homemaker and/or raise children may be awarded a greater share of the marital assets. If a marriage lasted only a short time, the judge in the case may be reluctant to award one spouse money which was primarily earned by the other. The judge may consider awarded alimony, child support, age, general health, training and employment when dividing assets.

How Will the Marital Home Be Divided? Depending on the circumstances, a judge may order the marital home to be sold, and the proceeds divided. If the couple’s home is the primary property owned, the judge may order the home to be sold at a future date, allowing one spouse to continue to reside in the marital home until the sale. When minor children remain at home, this can be a fairly common determination. If one spouse feels strongly about remaining in the marital home, (whether there are children or not), then the judge may award the other spouse additional money or assets, or fewer debts in order to make the split at least somewhat equitable. If the house is to be sold, but the real estate market is particularly bad at the time of the divorce, the judge may allow the couple to keep the home and sell it when the market increases.

The Division of Marital Debt

As with assets, the court will attempt to divide all the couple’s debts equally, assigning responsibility for payment to one spouse or another. Once responsibility for a specific debt is assigned to one spouse, the other should have his or her name removed from the account, otherwise there is a risk, the creditor can continue to “come after” the non-liable spouse for payment. Adultery or other bad behaviors on the part of one spouse is generally not punished through the division of marital assets. The exception to this would be if that bad behavior contributed to the dissipation of marital assets. As an example, if the spouse who engaged in infidelity was regularly spending money on his or her paramour, the judge may equalize those expenditures during the property division.

Negotiating for the Best Distribution of Assets during the Divorce

If one spouse feels he or she is not going to be treated fairly by the judge during the division of assets and liabilities, it might be worthwhile to try once more to negotiate a settlement prior to handing the decisions over to a Florida judge. Couples who can create a marital settlement agreement can divide their assets in a way that best fits their particular situation without worrying about being bound by court orders. Having an experienced Ayo and Iken divorce attorney by your side to help negotiate an equitable settlement on your part can make all the difference in the end result. Hearing results of a