Home / Steps in Florida Divorce / Divorce in a Bad Economy

Divorce in a Bad Economy was last modified: October 26th, 2016 by Howard Iken

Divorce in a Bad Economy

What could a bad economy possibly have to do with your divorce—or with staying married? The answer may surprise you. In fact, according to the Marriage and Religion Research Institute, divorce tends to add a significant burden to the economy. After all, divorce is expensive, any way you look at it. Dividing assets and starting over with less income is likely to result in financial hardship on both sides. In addition to creating financial hardship for couples, divorce also adversely affects the economy. The MARRI research found that marriage is an important contributor to human capital (a measure of economic value) and human capital is a key contributor to economic growth. So, although a bad economy can result in divorce, due to fights over money, depression and stress, that same lack of money can result in couples staying together far longer than they would otherwise have done. The economy affects decision making, including the decision to get divorced.

Economic Growth Can Be Slowed by Divorce

Divorce apparently has a negative impact on productivity, and by extension, salaries; married men typically receive greater salary increases than single men, while newly-divorced men can expect the same level of salary increase as single men. Aside from the population changes in the 1960’s and 1970’s, no one single thing has slowed American economic growth more than the divorce rate. Divorce leads not only to a drop in income levels, it also increases the number of American households by splitting one family into two. More households equal more houses, more vehicles, more energy usage and more resources of all types.

Could a Change in the Divorce Rate Affect the Nation’s Financial Stability?

across the nation could actually increase the financial stability of our country. Most of us have heard the statistic that 50 percent of all marriages end in divorce. In reality, this statement has never been accurate because it fails to address statistical details such as age and gender, as well as whether the marriage is a first, second or subsequent marriage.

The actual divorce rate for first marriages is 41 percent. Changing family dynamics, women in the workforce, an older average age for first marriage, the availability of marriage counseling and divorce mediation, and dual-income households have all been responsible for driving down the America’s divorce rate, according to some statistics, although others have an entirely different spin on the issue.

According to Philip N. Cohen, sociologist at the University of Maryland, divorce rates declined after our economy took a solid hit in 2008. This was largely due to the fact that many couples simply could not afford to get a divorce, rather than because hard times strengthened their marriage. Cohen claims that those divorce rates are now rebounding because couples can finally afford to “pull the plug” on their marriage. Cohen estimated that approximately 150,000 divorces which would have occurred from 2008 to 2011 did not, due to the poor economy.

Divorce Declines Not Due to Hard Times Bringing Families Together

Cohen asserts that historically speaking, fluctuations in divorce rates resulting from economic condition changes, could reflect the timing of a divorce more than the actual odds. Andrew Cherlin, sociologist at Johns Hopkins University believes the same thing occurred during the Great Depression—the divorce rates dropped, not because people pulled together during the hard times, but because they could not afford to split marital assets during a time of economic crisis.

One Florida couple stayed together during the 2008 economic downturn because they were in business together. Their business was hanging on by a thread, and needed both spouses to work together to ride out the hard economic times. Once Florida’s economy and housing market began recovering, the couple’s engineering business also recovered—and the couple is moving forward with the divorce they put on hold. Divorces in 2009 were actually at a 40-year low—after the divorce rate doubled between 1940 and 1981, it fell by a third by 2009.

How Divorce Impacts the Construction Industry

The need for additional housing is created when couples separate or divorce; where there was a need for only one house, now there is a need for two. The rebound in divorces has contributed to a boom in home construction—housing starts surged 67 percent in 2013, from 2009. Multifamily housing needs have tripled since the recession, accounting for 33 percent of residential construction in 2013. Newly single men are renting apartments in suburban neighborhoods in an effort to stay close to their children, increasing the need for one and two-bedroom apartments.

How Divorce Affects the Unemployment Rate

According to research done at the University of Arizona, every one percentage point increase in jobless rates are correlated to a 1.5 percent decrease in marriages and a 1.7 percent drop in the number of divorces. Unemployment rates were about 10 percent in October 2009, yet slid to a five-year low in January 2014. Mike Konczal, a fellow at the Roosevelt Institute looked at divorce numbers in each state and found a definite correlation to higher increases in unemployment and drops in divorce rates. Konczal expects a temporary spike in divorce as several years of a slow economy has slowly changed into a semi-healthy economy. 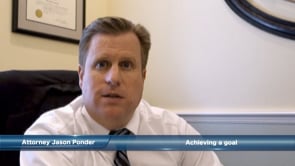 Contrarily, divorced women are more likely than married women to be working or seeking jobs, largely out of economic necessity. About 67 percent of divorced women were in the labor force in 2011 as compared to about 60 percent of married women. The overall per capita household income of a woman after her divorce drops as much as 15 percent, and divorced women have higher poverty rates than married women. Women are not alone in seeing a downturn in finances following a divorce.Single parents—whether women or men—typically have much lower incomes and much higher poverty rates than their married counterparts. Any way you look at it, two incomes, even if they are low, are better than one. Two full-time jobs, paying roughly $10 per hour, result in about $40,000 a year in income. While this figure is hardly noteworthy, it does allow parents to support their family and stay at least barely above the poverty line.

When that same family splits up, clearly $20,000 a year is not nearly enough to support a family. Consider that in 2012, the child poverty rate in the United States was 21 percent. Economists figure that if the proportion of children living in single parent families had remained at the 1970 level, that poverty rate would have been at least five percent lower.

Cohen also found that the marital distress which results from money woes and feeling trapped in the marriage is a strong indicator of domestic violence. Women who were in emergency rooms, both for intentional and non-intentional injuries, were asked questions about their injuries. Those who were intentionally injured were more likely to have experienced recent unemployment due to economic downturn (or their spouses had lost their jobs) than those who suffered non-intentional injuries.

The Centers for Disease Control and Prevention also reported an increase in domestic violence incidents during bad economies. Once no-fault divorces began to be the normal in most states, incidents of domestic violence declined, for somewhat the same reason. When divorce becomes easier—or more affordable—women who are otherwise trapped in a violent relationship are able to get out for good. In fact, in the first five years after the widespread adoption of no-fault divorce, divorce rates rose, but the domestic violence rates fell between 20 and 30 percent, and the suicide rate for wives fell nearly 13 percent—a sure sign that divorce can offer a much-needed safety valve for some couples.

Are You Headed for a Divorce?

If you are about to go through a Florida divorce, you, too, may be concerned about how the divorce will affect you financially. You may worry you will not receive the level of marital assets you are rightfully entitled to, particularly if your spouse is threatening to leave you without a cent, out of spite. While many factors go into the determination of your final divorce settlement, having an experienced Ayo and Iken family law attorney by your side can ensure your future is protected every step of the way.

Florida operates under the rules of equitable division, rather than community property. In a community property state, marital assets are split right down the middle regardless of circumstances. Equitable division laws seek to divide marital assets in a manner which is fair, rather than 50/50. In an equitable distribution state, judges can take many things into consideration, including:

Marital debts are also divided fairly, assigning responsibility for payment of each debt to one spouse or another. Those debts may be divided less-than-equitably if one spouse spent money recklessly, racking up large amounts of credit card debt without the knowledge of the other spouse.

As an example, if one spouse comes to the marriage with beachfront property left to him or her by a relative, then later adds his spouse’s name to the title, that property becomes marital property. In the same scenario, if the spouse’s name is not added to the title, but the property is sold during the marriage and the proceeds are placed in a joint bank account, the money will likely be considered a marital asset. If there are certain non-marital assets a spouse wishes to remain non-marital, placing those assets in a pre- or post-nuptial agreement may be the best way to ensure they remain a non-marital asset.

How We Can Help

If the economy—good or bad—has affected your decision to get a divorce, it is extremely beneficial to have a knowledgeable Ayo and Iken family law attorney by your side to assist you in traversing the legal complexities of divorce. You are likely to be stepping on an emotional rollercoaster, which can hinder your ability to make good decisions for your future. There may be days when you want to throw up your hands and give everything to your spouse, just to be able to stop arguing and move forward. Having a knowledgeable Florida divorce attorney by your side who has your best interests in mind, will ensure you receive a fair asset division, and are able to start your new life with sufficient financial assets.