No one expects every divorce to be amicable, but neither should a divorce or separation lead to violence. Yet domestic violence can and does occur in Florida at an alarming rate. During 2010: 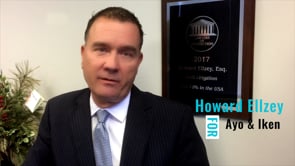 Recognizing the increasing prevalence of domestic violence in the United States (some estimates suggest that 1 out of 4 women will be the victim of a domestic violence crime at some point in their lives), Florida and many other states have enacted laws providing legal recourse for victims of domestic violence. These laws typically allow victims to obtain some form of injunction or protective order restraining the actions of their abuser.

What is an Injunction?

In Florida, domestic violence victims are able to obtain injunctions against their abusers. An “injunction” is a legal order issued by a judge that restrains or prohibits the abuser from engaging in certain behavior. Because an injunction is issued by a court, it is enforceable by law enforcement agencies like police departments and sheriff offices. Not only this but if the subject of the injunction fails to abide by the terms and conditions of the injunction, civil and/or criminal penalties may follow.

The purpose of any domestic violence injunction is to enable the victim to obtain protection from his or her abuser and to prevent the abuser from engaging in further acts of physical violence, threatening the victim with further abuse, or placing the victim in continuing fear from stalking behavior.

What Types of Domestic Violence Injunctions are Available?

(The remainder of this discussion will focus on domestic violence injunctions, although the discussion has some bearing on other forms of injunctions as well.)

What Does an Injunction Prohibit the Abuser from Doing?

What is the Process for Obtaining a Domestic Violence Injunction?

If you apply for a domestic violence injunction, you can expect your request to proceed through the following phases: