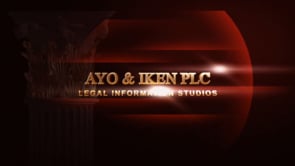 The State of Florida Department of Children and Families is in charge of investigating child abuse cases throughout the state. Each Florida county is slightly different but in general a report of child abuse begins a long process that may involve many state agencies into the life of the child and the life of each parent.

The entire process can begin in one of two ways. The most common way begins with a call to the Florida Child Abuse Hotline – 1-800-96-Abuse. Once a call is made to this hotline a local investigative agency must follow up within 24 hours with an investigation of the allegations. In some counties the local Sheriff runs a Child Protective Services unit that will respond. In other counties Child Protective Services is either run directly by Dept of Children and Families or CPS is provided by an outside contractor. In any case the Child Protective Investigator appears on-site and checks out the child and the home where the child lives.

The Child Protective Investigator interviews the child, the parents, and any other adults living in the home. The investigator also looks at the home, checks out the refrigerator, the garbage, and any other areas they think are important. They look for signs of abuse, drugs, excessive alcohol consumption, or any other activity that could present a danger to the child.

If the Child Protection Investigator determines there is an immediate danger to the child they may make a decision to remove the child from the home. If the child is removed – a temporary placement home will be found to keep the child safe. That temporary placement may be the other spouse, a close family member, or a relative. If no one can be found the child may be placed in foster care.

Once the case is in Dependency Court an initial hearing will be scheduled – to determine whether there is probable case for the abuse petition. During the hearing each parent may receive a court – appointed dependency lawyer. These attorneys may be free or may cost a minimal amount. One thing to be aware of: while court appointed dependency attorneys are experienced and hard working – they will have almost no time to meet privately with you. Because of this you will not receive the kind of service a private dependency attorney will be able to give.

Dependency court involves the creation of a case plan. Basically a case plan is a 1 year set of hoops both parents need to jump through to get their children back. During that time you can expect to be back in court approximately every 60 days for a status hearing. You will be heavily involved with, and subject to the whims and opinions of case workers during the entire case plan. The entire process is long, tiring, confusing, and places you at the direct control of many different strangers.

The Dependency Court judge has the authority to order counseling, drug testing, fines, vocational counseling, therapy, psychological tests, and more. The purpose of these services is to evaluate and rehabilitate your fitness to be a parent.

If you successfully jump through all these hoops, after a year or more, the court may decide to terminate supervision and reunite you with your children.

An Attorney that specializes in dependency law and child protection law is a valuable ally. Unfortunately, free court appointed attorneys give the type of representation you might expect from a free service. They are overloaded, overworked, and rarely have time to do the most basic tasks – such as picking up the telephone and discussing your case strategy. That is why a private attorney is almost essential in many situations.