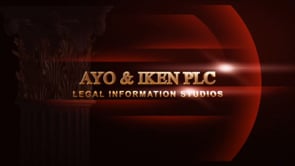 How Much Alimony Will I Pay?

We designed this tool to educate you on how alimony decisions are made and as a way of educating yourself.  Please note:  this tool cannot predict your legal future with 100% accuracy.  Alimony cases are some of the most bitterly contested issues.  While there are some basic guiding principles, the final decision is based on many more factors than are presented in this tool.  Our standard attorney “CYA” comment:  come in and see us if you want a more detailed opinion.

Any amounts shown are approximate. Actual results in court may be drastically different from the amount shown.

This online alimony calculator is based on a national model designed by a prominent association of divorce attorneys. Florida has not adopted any specific formula or exact calculation method for alimony. First you must determine if you will receive alimony and then the amount would be based on dozens of different factors.

The actual alimony amount is dependant on other factors which are not addressed by this basic calculation. This service is intended to give a rough estimate of alimony and does not substitute for individualized legal advice.

Show Me The Alimony!

The definition of alimony?  A “circle of hell there’s just no way out of,” as Ari Schochet described it after being sent to jail on numerous occasions for missed alimony payments.  Schochet, a New Jersey native and former portfolio manager of Citadel Investment Group, earned $1 million per year on average.  Out of that he paid $100,000 a year to his ex-wife for alimony and child support.  A victim of the declining economy, he lost his job and ran through his savings trying to stay current with his payments.  The time came when he no longer had the money or an income.  His verdict?  He was found guilty of contempt of court and went to jail without passing ‘go’ or collecting $200!

This has become a common scenario for spouses under ordered alimony payments who can no longer come up with the monies to pay.  There could be some relief coming for those in the same predicament as Schochet as alimony rules are being challenged.

Several states have proposed laws to limit alimony based on the earning power of the ex-spouse, and economic changes in the payer’s circumstances.  The original alimony laws most states follow is based on out of fashion laws regarding stay at home wives who were financially dependent on their husbands.  If the marriage failed, the wife was entitled to lifelong support as her means of survival.  Women now make up half the work force, however, and according to the U.S. Bureau of Labor, nearly one third of women earned more than their husbands in 2011.

The strict criteria that determines alimony payments varies from family to family, and it’s difficult to persuade a judge to change any amounts already ordered by a court of law.  Most continue to follow the law rather than decide case by case what is doable for each individual spouse to pay.

According to a Bloomberg report, in Schrochet’s case, a New Jersey judge ruled in early September that he continue to serve a part-time contempt sentence under a work release program until he comes up with a down payment of $25,000 to pay towards his arrearages.  During a release back in April in which Schrochet assured the judge he would secure a job, he did go to work as a part-time entry level stock transfer agent.  He works by day and spends his nights and weekends in jail until he meets the down payment obligation.

If you’re having difficulty meeting your alimony payments due to the changing economy and job situations, or are just starting out paying alimony and are unsure of your legal and financial obligations, please contact us with your questions and issues in this matter.  Our qualified attorneys are ready and able to help you face these challenging circumstances.