Getting Alimony in Florida was last modified: March 14th, 2018 by Howard Iken Getting Alimony in Florida

Are the Spousal Support Laws in the State of Florida Outdated?

Florida (Massachusetts) completely overhauled their laws pertaining to spousal support years ago, as a means of reflecting society’s current economic state. Florida, despite many attempts to do so, has thus far failed to do the same. As an example, in the state of Florida, a relatively young (35-55), healthy woman who is gainfully employed, might nonetheless be awarded permanent spousal support so long as the marriage lasted 17 years or more, and other factors were present.

Because no specific formula is attached to the award of Florida spousal support, the judge in the case has extremely broad discretion in the matter. As a result, there are many Floridians currently paying permanent spousal support. This type of solution, while potentially good for the receiving spouse, forces divorced spouses to remain financially entangled. The paying spouse may find he or she is unable to move forward with life due to the financial obligations of spousal support. Retirement might be halted altogether, and even remarriage could become financially unfeasible if the current spousal support is financially crippling to the payer. Of course, there is the flip side of this scenario—the spouse who has cut short his or her own education in order to put a husband or wife through school, or a spouse who stayed home to take care of the children and home in order to allow a husband or wife to pursue his or her career, should receive some level of spousal support to compensate for the lost work years, so long as the other spouse has the ability to pay, and other factors (listed below) are also in place. 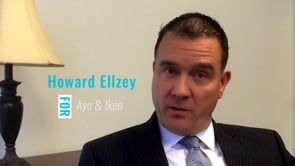 While Florida—like most states now—is a no-fault state, if the infidelity of one spouse resulted in significant financial harm to the other, then the judge is allowed to consider the infidelity when determining whether spousal support is warranted. As an example, if a wife used a considerable amount of marital resources to buy expensive gifts for the person she committed adultery with, or spent a large amount of money on high-priced hotels where the two met, then the judge might award a larger amount of spousal support to the husband (assuming the wife was the higher-earning spouse), or could offset the losses through the divorce settlement.

Currently, the following types of spousal support exist in the state of Florida:

A marriage lasting between 7 and 17 years can go either way, depending on the disparity in income and the need of one spouse, as well as the specific circumstances of the marriage. Keep in mind, the length of the marriage is from the date of the actual marriage until the date one spouse files for divorce—not the date when the couple informally separated, or stopped living with one another.

Are You Entitled to Spousal Support Under Florida Divorce Laws? As you can see, the court has extremely broad discretion when determining whether a spouse is entitled to receive spousal support, how much support will be received, how long those payments will last, and the type of spousal support to be paid. The intent behind Florida’s spousal support laws is to prevent the state from having to support a spouse left in poverty by a divorce through welfare, food stamps and medical programs.

This means the court tends to look at the higher-earning spouse to ensure the lesser-earning spouse does not end up as a burden on the state, as well as to ensure that once a marriage is dissolved, both spouses will continue to enjoy the same standards of living as when they were married. Although this may sound good in theory, in practice it simply takes much more money to maintain two households.

Further, a spouse who is not working when he or she is awarded spousal support may later engage in a relatively well-paying career which could leave him or her doing quite well when the salary is combined with spousal support. On the other side, the person paying spousal support could end up with a much lower standard of living than he or she enjoyed during the marriage, and little to look forward to as far as improving their finances when facing permanent spousal support.

What About Underemployed Spouses Who are Dodging Spousal Support?

Because judges in the state of Florida have so much latitude in the matter, it is impossible to say how much spousal support the receiving spouse might be entitled to. The needs of the receiving spouse, as well as the paying spouse’s ability to pay are both significant factors. In the case of a spouse who is earning significantly less than he or she is capable of earning in a clear effort to dodge spousal support obligations, the court may impute income to that spouse. 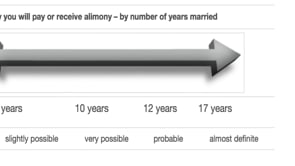 This means that when a spouse with a doctorate degree is waiting tables—not out of necessity or inability to find a job in his or her profession, but out of a desire not to pay spousal support—the court may determine what that person would be making if he or she was appropriately employed. If the person is making minimum wage, but has the clear capacity to earn $150,000 a year, then the $150,000 may be used when determining the amount of spousal support. Remember, Florida courts do not look kindly upon attempts to avoid financial responsibility.

What Happens if the Paying Spouse Stops Paying?

Under Florida law, court-ordered spousal support can be withheld from the paycheck of the party under an obligation to pay through a type of order called an Income Withholding Order. The money may also be ordered to be paid to Support Enforcement who will then pay the receiving spouse. If the paying spouse does not pay Support Enforcement as ordered, the driving privileges of the paying spouse could be suspended. There are also considerable remedies available under the “contempt” powers of the court. If a payor willingly does not comply with a prior court order the judge may suspend professional licenses, seize assets, or even order the arrest of the person refusing to pay. An experienced Ayo and Iken alimony attorney can thoroughly assess your individual circumstances, then give you an idea of whether you are entitled to spousal support—or whether you will be required to pay spousal support. Your attorney will fight for what you are owed, or, if you are likely to be the paying spouse, will attempt to limit the amount you are obligated to pay under Florida spousal support laws.