No Child Support ? Is it Possible? was last modified: September 3rd, 2015 by Howard Iken 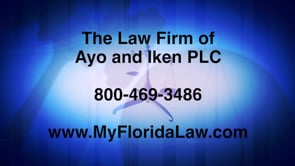 No Child Support ? Is it Possible?


Final Judgments With No Child Support In the past a No Child Support order was difficult to get. Child support used to be absolute. Mom would get the kids and Dad would pay support. But now we are in an age where there is more flexibility on which parent ends up the majority parent – the place where the kids sleep the most. Yes, there was a time where Mom always became the primary residential parent. And that fact answered the second question – whether Mom would receive child support. The answer was a big yes just about all of the time. But there is more flexibility than ever in the current legal environment. There are flexible arrangements, no gender preferences, and more long distance parenting plans. The result is that a no child support outcome is rapidly becoming possible and payment of support is no longer a given fact.

The preference and comfort zone of judges used to be a big factor. Ten years ago

the average judge had a very traditional viewpoint on custody and child support. They were accustomed to legal practice in the years before they became judges. And a judge that was on the bench ten years ago most likely practiced law 15 to 20 years ago. That meant they “evolved” their thinking in a much different legal environment. That legal environment included statute-based gender preferences, societal biases, and a lot of old fashioned thinking. The older crop of judges simply did not allow ” no child support ” final judgments. Over the last few years there appears to be a new crop of judges that did not practice in that era. They were attorneys during a time where gender preferences were eliminated, when men asserted their rights as parents. Viewpoints and laws have since become more liberal and permissive – and are no longer a rigid factor in support and custody decisions. While there are still many judges from different time periods, the preference of the judge is no longer the factor it used to be. Long distance parenting has changed the financial equation of child support. Parents are now more mobile and are more likely to move long distance. That creates a whole new set of costs that may not have existed while living together. In a long distance parenting arrangement there is airfare, hotels, chaperones for young children, meals, cabs, and other significant expenses. Many times the person that would normally receive child support is the parent that chooses to move. It would be unfair for the other person to pay full child support and also pay for travel expenses. In that situation, child support would be calculated but an agreement for “deviation” would be incorporated. The deviation would show the underlying reason as “travel expenses” and further explain how one parent will be paying for that and why that justifies lower or zero child support. The net result could be a situation where both parents receive financial credit for their part in parenting. In many situations an agreement to pay for travel justifies no child support.

Rotating custody may be the wave of the future and can justify low or no child support. When both parents receive an almost equal number of overnights with the children each year, the result is called rotating custody. At one time Florida custody statutes contained a hard-wired provision that disfavored rotating custody – as being not in the best interest of children. That was the reason for the old-fashioned weekend Dad visitation pattern: every other weekend. Many courts even had a “model” visitation schedule that adhered to the weekend Dad plan. That pattern is pretty much history now. The statute calling for it is now gone and as previously explained the current crop of judges no longer believe in it.

Negative home equity is a frequent reason for no child support. Unless you were in suspended animation for the last ten years you are aware of the crash in real estate values. That crash has resulting in many marital homes being severely underwater in value. In other words the worth of the home may be substantially less than the amount on the loan. These types of properties may be difficult to get rid of. But more frequent: one parent or another may be reluctant to uproot children that have long term stability in their neighborhood. For those reasons and more, many settlement agreements give an upside down house to one parent or another.

The recent trend of the courts is to recognize the fact that one parent is absorbing a large negative net worth and to balance it out with other assets. One useful technique is to recognize the negative new worth of the house and to compensate the other parent by giving them “paid ahead” credit for child support. That would be a way to wipe out child support in a way that will pass scrutiny by the judge. This has become a frequent outcome in recent years only because so many homes have a large negative equity.