Home / Asset & Debt Division in a Florida Divorce / What do you do in a divorce when your spouse is a tax cheat?

What do you do in a divorce when your spouse is a tax cheat? was last modified: November 28th, 2016 by Howard Iken

What do you do in a divorce when your spouse is a tax cheat?


Many people—especially women—may have more to worry about than they know. When one spouse takes care of all the finances in the marriage, and makes a point of not letting the other spouse have any information about or input into the finances, problems with unpaid taxes can seemingly come from nowhere. Women who trust their husbands to pay their joint taxes may sign any document put in front of them, with no questions asked. Other women are threatened by abusive husbands if they don’t sign financial documents or if they ask questions about those documents.

Unfortunately, even with the current “innocent spouse” IRS rule, many spouses are not granted relief for unpaid taxes because they did not apply for relief within the two-year period. Lawmakers, IRS taxpayer advocates and legal aid attorneys have argued that this two-year deadline is especially unfair to victims of domestic abuse, who may have been kept in the dark for years about their marital finances. Some spouses may have even had their own mail hidden from them by their husband or wife, preventing them from seeing IRS notifications.

Other spouses are unaware that a refund offset (when the IRS withholds a taxpayer’s refund to cover any unpaid taxes) starts the clock on money owed to the IRS. In some cases, a spouse convicted of criminal behavior also has problems with the IRS. Once that spouse is sentenced to jail, the husband or wife may not learn about the unpaid taxes until it is too late to gain relief under innocent spouse relief. The primary takeaway for anyone going through a divorce, is that divorce does not automatically relieve you from liability for a joint tax return filed while you were married, even if you truly had no idea what was in the document, and even if your divorce decree states otherwise.

Consider these very frightening stories of spouses who were unaware of their husband’s tax problems:

Obtaining Innocent-Spouse Relief Is Not Easy

Even for those taxpaying spouses who file for relief within the two-year allowed period, it can be a rocky road to actually getting that relief. The IRS says they receive more than 50,000 innocent-spouse claims each year, but grants less than half of those. Denials of more than 1,500 claims each year are directly related to the two-year deadline. The taxpayer is required to show the IRS they did not know, and/or had no reason to know that their spouse was not paying or was underpaying their taxes; the claim will be rejected if the agency believes the taxpayer benefitted from the tax avoidance.

While the IRS says they consider factors such as the education of the taxpayer as well as the overall financial situation, they may overlook these issues if they believe the other spouse gained benefits from the husband or wife’s tax avoidance. As an example, if a husband was only making $40,000 a year, but the wife always drove an expensive car, the IRS may conclude the wife knew, or should have known, that taxes were not being properly paid.

Types of Relief You May Be Entitled To

There are two different types of relief you can apply for as soon as you realize your ex owed the IRS money. These are:

For many divorcing couples, taxes are the very last thing on their mind during the divorce. There are so many other issues to deal with, such as asset division, child custody, child support and spousal support, that taxes may seem like a much less pressing issue, until it takes one spouse completely unaware, leaving them shocked by the amount of money the IRS now says they owe. Failure to consider tax issue can result in fines, penalties, outstanding tax bills, or even worse consequences.

If you file for and are granted Innocent Spouse Relief, your tax debt will be either totally wiped out, or partially wiped out, providing you had no knowledge of fraudulent or incorrectly prepared tax returns. You must also not have benefitted from the hidden income. Separate Tax Liability relief is somewhat easier to get; if you qualify for Separate Tax Liability, the IRS will separate the tax liability of your own income from your spouse’s hidden income. Before filing for any type of relief, you must know how your marital taxes were filed.

Most often, married couples file their taxes as “married filing jointly,” in order to garner certain tax benefits. Unfortunately, “married filing jointly” also brings the most liability to the spouse who was unaware of the hidden income. But suppose a couple have been married thirty-five years, and the husband has always taken care of the finances and taxes. The wife has a good job, making $250,000 per year as a W-2 employee, while the husband is self-employed. Because the couple has few itemized deductions, they end up paying the maximum tax rate of about 50 percent.

A few years back, the husband decides to try and lower that tax burden by creating a phantom business on paper, deducting his personal expenses as business expenses. The husband uses his phantom “consulting” business to pay for a new car as well as week spent golfing with friends, claiming the expenses are proper, deductible business expenses. The couple divorces, with the wife having no idea of her husband’s IRS tax evasions. The IRS will hold the wife just as liable, since she signed the returns, and since she is higher wage-earner, it is likely her wages will be garnished to satisfy the tax debt. In this case, the wife should speak to an experienced tax attorney as soon as possible, filing both for innocent-spouse relief as well as possibly injured spouse.

Should You File for Innocent Spouse Relief, Separation of Liability or Equitable Relief?

If the IRS finds you and your ex transferred property to one another fraudulently, your request for this type of relief will not be granted. 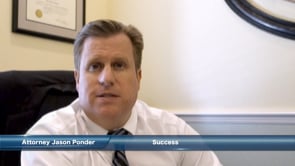 If you fail to qualify for the two above types of relief, you may be able to be relieved of your tax responsibility through a process known as equitable relief. Equitable relief may be granted when taxes are either understated or underpaid by your ex. Underpayments are reported taxes which have not yet been paid, while understated taxes are usually the difference between the total amount of tax which should have been shown on your return versus the amount that was shown. If you meet all of the following conditions, you may qualify for IRS equitable relief:

If your name is on the title of an item, the tax liability for that item will be attributed to you unless:

The IRS will consider the following issues when making a decision regarding whether you should be relieved of the liability for tax debt, tax understatement or tax misstatement:

Your Responsibility During a Divorce to Disclose Financial Information

In the state of Florida, properly disclosing financial information by both sides is a mandatory requirement. A detailed, sworn financial affidavit will be filed in court during your divorce, and if you believe there is any tax fraud on the part of your spouse, it would be wise to speak to a tax attorney early on in the divorce to ensure no tax crimes have been committed, or to lessen your exposure to criminal charges if a tax crime has occurred. Once you file a claim for relief, the IRS will contact your ex, so that he or she may participate in the process. Divorce can be contentious enough without the added stress of tax evasion on the part of your ex. Speak to your family law attorney as soon as you have any inkling that your spouse was less than honest when filing your joint tax returns. Your attorney will ensure your rights are protected while helping you decide the best course of action.