Divorce and the Sale of the Marital Home was last modified: October 27th, 2016 by Howard Iken

Divorce and the Sale of the Marital Home

In many divorces today, the largest asset is the marital home. In some instances, the marital home may be the only asset worth much. Add to that the fact that often couples can have a strong emotional attachment to the home. For many, the marital home is the first home they purchased and they may have been living in the home for a significant number of years. Of course, in other instances, there may be an upside-down mortgage on the marital home, and both parties want nothing more than to get out from under the financial burden.

Because one of the primary challenges in a divorce can be to ensure the assets and debts are fairly divided, and because emotions tend to run high during a divorce, your Florida divorce can be fraught with complications. In the case of real estate, there are unique challenges associated with the up and down nature of the real estate market over the past couple of decades.

Overall, single parents tend to have significantly lower incomes and higher poverty rates than their married counterparts. In some instances, this is because they may also have less education, limiting what they can earn. Two incomes, however, even when relatively low, are generally better than one. Two working spouses making as little as $10 per hour, have a combined income of around $40,000. While this is certainly not a large amount of money, it does allow a family to live at least slightly above the poverty level.

When that same couple separates, each half of the family now has only $20,000 to live on—a figure which is nearly impossible to get by on when child care expenses are involved. According to a 2010 U.S. Census, 28 percent of American children whose parents divorced are living in poverty—in contrast to the 19 percent of children living in poverty who live with both parents.

The Importance of a Fair Settlement

This is why it is so important that both parties to a divorce receive a fair settlement, and perhaps even more important for the woman in the relationship. Typically, women are much worse off financially, after a divorce than are men. Like it or not, money makes it possible to start a life over, to become “normal” again, to replace lost possessions, go back to school, purchase a new home or move away from a place which offers nothing more than sad memories.

Issues Associated with the Marital Home

Who Pays Expenses for the Marital Home While Waiting for it to Sell? 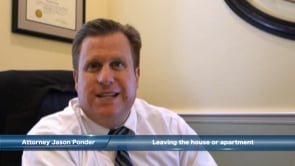 Couples who have few assets aside from the marital home, may have no choice but to sell the home, regardless of where the market is at the time. If the decision is to sell the home, there will be necessary discussions as to which spouse will be financially responsible for necessary repairs, property taxes and the mortgage, until the house sells. Those couples who simply cannot make a decision regarding the dispensation of the marital home may be dismayed to find the judge making that decision for them—and not in a way they are particularly happy with.The home may be listed, with the proceeds held until the divorce agreement is in place. In some cases, one spouse may choose to buy out the other’s equity in the home, or may choose to exchange other marital assets in return for half of the equity. In rarer cases, spouses can decide to keep the marital home as an investment, perhaps renting it out until an improvement in the market.

Under Florida statutes, neither spouse is entitled to gain from the sale of the marital home unless there is a settlement agreement firmly in place, setting out the dispensation of the proceeds of the home. Absent such an agreement, a judge may consider the following once the marital home sells:

Florida operates under the laws of equitable distribution rather than community property laws. Under community property laws, marital assets are divided right down the middle, in a 50/50 split. Each spouse may be concerned about how the marital assets will be distributed, especially in cases where one spouse has vowed to leave the other in poverty. Under equitable distribution laws, there are a number of factors which can determine the eventual award. These factors include:

Family court judges in the state of Florida, are often urged to award each spouse at least one-half of the marital assets, regardless of the circumstances, but this can be a moving target when you factor in many other issues such as children, alimony, and potential income.

Negotiating for the Best Marital Settlement in Your Florida Divorce

As an example, suppose the wife comes to the marriage with a home left to her by her great aunt. The couple vacations at the home, yet it remains only in the wife’s name. Years down the road, the wife sells the home and puts the proceeds of the sale into a joint bank account. That money has immediately become marital property, despite the fact it came from non-marital property. This is shocking news for many spouses who assumed the money in the example above was still their non-marital property.

Even if one spouse opens a credit card account in his or her name only, and runs up a huge debt the other spouse is unaware of, both spouses remain jointly responsible for charges on the card if those charges were made during the marriage. If one spouse comes into the marriage with property they want to keep non-marital, and there is no pre- or post-marital agreement, it is important that the property not be commingled in any way during the marriage.

If either spouse deliberately dissipated assets within two years prior to the filing of the divorce petition or after the divorce petition was filed, the other may be awarded a larger share of the marital assets. This could occur in situations when one spouse gambled, or perhaps had a girlfriend or boyfriend on the side and was spending considerable amounts of marital assets on that person. Research has shown that spouses suffering from addictions are more likely to end up in divorce court.

There are plenty of addictions which can result in dissipation of marital assets such as alcoholism, gambling, drugs, pornography, or an addiction to the Internet. These addictive behaviors can cause serious repercussions in a marriage, which carry over into the divorce. In any case, a Florida judge will not look kindly upon a spouse who has engaged in the dissipation of marital assets. Your family law attorney can help you determine whether your spouse’s expenditures can be considered reckless and dishonest.

Keep in mind that just because your spouse has thirty pairs of shoes in the closet—a fact you consider excessive and reckless—the court may not see it the same way. On the other hand, if your spouse has 300 pairs of high-end shoes in the closet, and you were unaware of the price or the purchase of those shoes, that might be legitimately considered dissipation of assets. Once the judge is convinced that there was serious dissipation of marital assets, you will likely be awarded a larger share of the remaining marital assets, however you can only go back two years in showing dissipation.

How Often Do Spouses Conceal Assets?

Some studies have found that 20 percent of divorcing spouses attempt in one way or another to conceal assets or income during a divorce—this figure represents those who later admit to concealing assets or those who got caught, therefore the number is likely considerably higher. The same study found that 88 percent of spouses hiding assets were husbands, rather than wives.

The most positive thing you can do in order to ensure the best outcome possible for your division of marital assets and the marital home is to have an experienced Ayo and Iken family law attorney who is solidly in your corner, and has your future and best interests at heart.