Home / Divorce Laws in Florida / How Long Does it Take to Get Divorced in Florida?

How Long Does it Take to Get Divorced in Florida? was last modified: December 17th, 2016 by Howard Iken How Long Does it Take to Get Divorced in Florida?

How long does a divorce take in Florida?

A very few people will actually be able to have an uncontested divorce. They are both in agreement about the divorce, have been married for a relatively short time, there are no children involved, and there are few assets to divide or both parties are in total agreement on asset division. Many people go into the process thinking they will have an uncontested divorce, only to find themselves knee deep in the middle of a very contested divorce. This usually happens when one spouse thinks the other is “on the same page,” either because the spouse has told them so, or because they assumed certain things. Either way, a formerly “on board” spouse for an uncontested divorce can turn things upside down in a heartbeat. Because of this, it is usually best to go into the process assuming there will be at least some issues which will be contentious—and therefore contested. Specifics about contested and uncontested divorces in Florida include:

In an uncontested Florida divorce, the spouses can waive the requirement for exchange of financial documents but still must file a financial affidavit.  Overall this can save a considerable amount of time.

An uncontested divorce can take about ten days to prepare; after your Ayo and Iken attorney files the petition with the court, the final hearing will be scheduled to finalize the divorce. Depending on the judge’s backlog, an uncontested divorce could be finalized in as little as a month, or as long as three months.

Contested to Uncontested Via Mediation 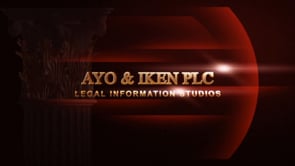 And Finally…The Divorces That Go to Trial

Approximately one out of every hundred Florida divorces will go to trial, and in most jurisdictions in the state a divorce will take about a year to get to trial. It could be less—as little as five months, but could also take years, depending on the judge’s caseload. There are things you can do to speed up the process, even if your divorce is that one in every hundred going to trial, including:

To summarize average times for each step of a Florida divorce:

As you can see, the length of time it takes you to get divorced in the state of Florida is dependent on a number of issues. The best choice you can make early on in the divorce process is to hire a highly experienced, knowledgeable Florida family law attorney to help guide you through the divorce maze.